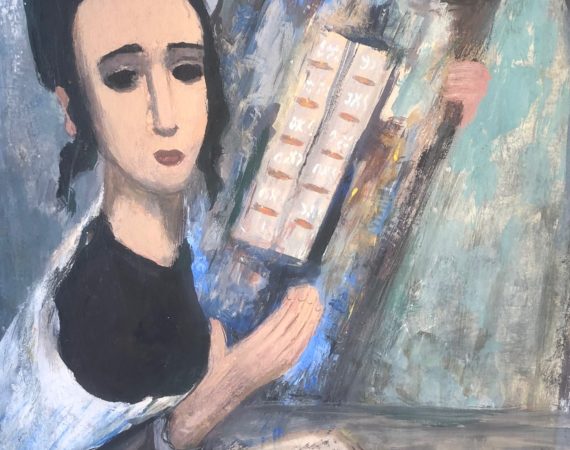 His father had a job at the synagogue. During the 1914-1918 war he returned to Russia and worked in the entourage of the Russian ballet company. During the revolution, he was appointed professor in his hometown. In 1921 he returned definitively to Paris. During the war from 1944 to 1945, he lived in the United States. From his childhood spent at the shelter of the synagogue and he remained deeply imbued with the Jewish mysticism that inspired both his style and the themes of his compositions.

Not having access to the wish of his father whom he had dreamed of as a rabbi, he painted with ever-renewed joy rabbis, synagogue interiors, Jewish weddings and Jewish musicians.

Ask for information Contact us for any price demand, or any information about an art piece Ask for a quotation You wish to sell a good ?
Get a value estimation from an expert